Day in the Life: Longmont, CO 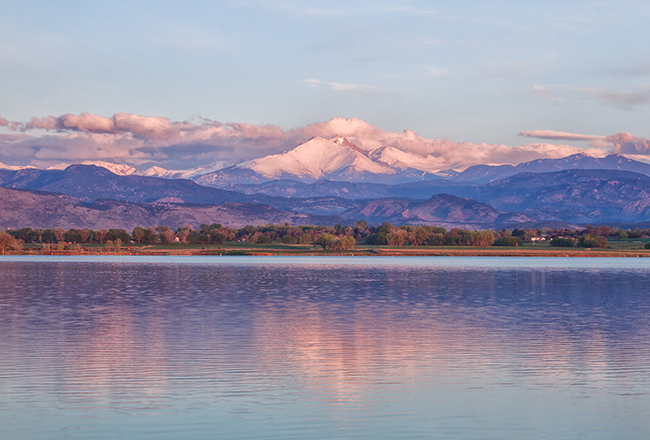 Day in the Life: Longmont, CO

Longmont—Boulder’s countryside cousin to the northeast—has officially come into its own. Remaining true to its agricultural roots, yet brimming with hip eateries and breweries, beautiful parks and open spaces, a revitalized outdoor mall and a surging Main Street (besting Boulder’s Pearl Street in sales tax revenue last year), Longmont has developed into one of Boulder County’s most popular hangouts and places to live. Here’s a look at what a day in the life might look like for you as a resident.

8:00 A.M. WALK AROUND MCINTOSH LAKE
Located on the western edge of the city, McIntosh Lake offers unobstructed views of Longs Peak (the majestic fourteener from which Longmont derives its name). A 3.5-mile loop around the water provides ample time to take in the crisp morning air and watch for the herons, pelicans, geese and eagles that have been known to frequent the lake.

9:30 A.M. BREAKFAST AT SUN ROSE CAFÉ
Head across town to the Sun Rose Café  for some fresh coffee and a tasty, locally sourced breakfast (hi, locavores!) on Main Street.

11:00 A.M. DOWNTOWN BIKE RENTAL
After breakfast, stroll over to one of Longmont’s Zagster™ bike share locations and check out a cruiser. From there, enjoy a leisurely ride and explore the downtown area’s many attractions, including:

1:30 P.M. REFRESHMENT
Grab a midafternoon bite and a refreshing beverage at one of several appetizing downtown locations. Choose from popular spots like:

3:00 P.M. VISIT TO THE LONGMONT MUSEUM
This cultural treasure has come a long way since its humble beginnings in 1936. Home to the award-winning Front Range Rising permanent exhibition, and over 27,000 historical objects and photographs meticulously documenting the history of the St. Vrain Valley, the Longmont Museum is a must-see. The museum also boasts plenty of space for rotating exhibitions, along with hands-on educational activities and indoor/outdoor concerts, film showings and lectures.

ATTRACTIONS FOR THE NEXT FUN DAY OUT!

Make a Statement: Design with Pendants

Relocating to a New Home in Laveen, AZ