Moving? Put New Homes for Sale in Vancouver, Washington at the Top of Your List! 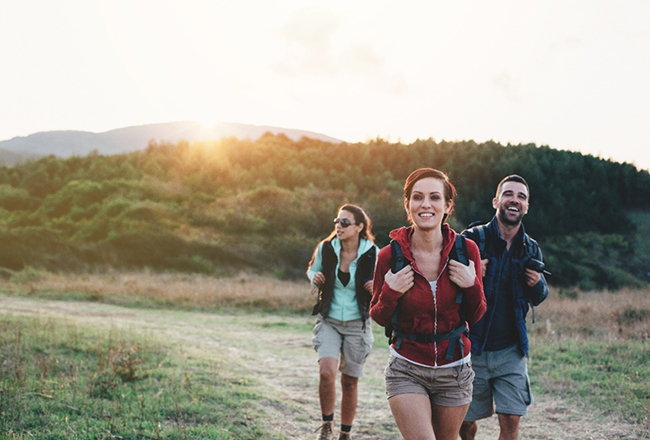 Moving? Put New Homes for Sale in Vancouver, Washington at the Top of Your List!

If a community with small-town charm alongside big-city entertainment and one-of-a-kind natural wonders sounds like your kind of place, consider taking a looking at new homes for sale in Vancouver, WA. Routinely ranked among the top 60 places to live in the United States by livability.com, Vancouver’s diverse offerings make it an incredible travel destination and an even better place to find your dream home.

Originally established as a wintering habitat for Canadian geese, today the Ridgefield National Wildlife Refuge preserves approximately 5,300 acres of wetlands, forests and grasslands, as well as the wildlife that make their home there. Bird-watchers will be pleased to see neotropical song birds, waterfowl and other local native species in the skies.

This 80-mile landscape is one of only 10 National Scenic Areas in the country, and it’s no wonder why: at the Columbia River Gorge, waterfalls, winding trails with stunning views and serene old-growth forests abound. Adrenaline-junkies have several options for recreation, including Coyote Wall, where experienced mountain bikers can ride strenuous trails and wild terrain on the edge of a syncline cliff. Skamania Lodge Adventures gives participants the chance to fly through the treetops, with seven different zip lines ranging in length from 100 to a whopping 900 feet. Three incredible “sky bridges” lead the way to idyllic, moss-covered fir trees.

From PGA-designed courses to family-friendly Par 3s, Vancouver is home to numerous top-quality golf courses, boasting manicured lawns and lakeside links. Nearby clubhouses and restaurants are the perfect way to kick back after a round. For a list of courses, see here.

It doesn’t get much better than a day spent at Vancouver’s lovely waterfront! The 90-foot Grant Street Pier is at the heart of the 35-acre expanse, offering a gathering place for visitors and the perfect spot to watch sailboats pass by. Seafood eateries and coffee spots abound, and a new 7.3-acre park promises to keep the whole family entertained, with an open lawn, an urban beach and an interactive play structure. For a more “adult” outing, take the “wine walk,” which brings you to five tasting rooms in a few short blocks. Nearby, Barlow’s Public House offers quite a novelty: a self-serve beer wall filled with local brews. The Waterfront will continue to grow: currently, developers have plans for a public marketplace, a trendy hotel and more commercial and community spaces.

Art, culture and culinary hot spots come together in downtown Vancouver, which is humming with events year-round. Public art takes center stage, with more than 24 colorful murals adorning buildings, walls and bridges in the blocks around Main Street. One-of-a-kind sculptures are also scattered throughout downtown, like the playful “Flying Umbrellas” which waters the plants at its feet, and “Ilchee,” the iconic seven-foot, 700-pound bronze installation commemorating the Chinook people. On First Fridays, visitors can peruse galleries with rotating art exhibits, live music and artist talks.

For a self-guided tour of city-owned sculptures and outdoor installations, download the City of Vancouver’s public art map.

When it comes to performing arts, the Vancouver Symphony Orchestra is the perfect pick for lovers of classical music, and big-time acts can be found at Sunlight Supply Amphitheater. The five-acre Esther Short Park hosts frequent events and performances, and is the oldest public park in the Northwest (built in 1855). Today, it serves as a welcoming community hub, and hosts the annual Vancouver Wine and Jazz Festival, which attracts an average of 13,500 visitors. The park also offers a covered performance pavilion, a rose garden, a playground, an interactive fountain, the incredible 69-foot Salmon Run Bell Tower, and a near-century-old sculpture of Esther Short herself.

Kiggins Theater on Main Street offers a blast from the past; the iconic, still-operating movie theater first opened in 1936. On opening night, a ticket to see “She Married Her Boss” at this alluring, Art-Deco inspired venue cost 32 cents, plus tax. Now, the theater plays classics, indie flicks and community-centric programming, including local stand-up comics, lectures and more.

WildFin serves halibut, scallops, snow crab and whole lot more, fresh from the waters of the Pacific Northwest. This recent addition to The Waterfront is already a sought-after dinner spot, boasting sustainable seafood, indoor and outdoor seating and a beautiful view.

Inspired by the charming patisseries of France, Bonnie Brasure opened Bleu Door Bakery in 2011. Now, it’s a local favorite, offering baked-from-scratch goodies including scones, croissants and eight heavenly flavors of brownies. If you’re in the mood for something savory, soups and sandwiches are also available.

Thai Orchid boasts a decade of popularity amongst Vancouver locals, and a look at their menu makes it easy to see why. Bold flavors take center stage, and an incredible selection of curries and noodle dishes begs for repeat visits.

With so many fantastic choices, it’s hard to narrow down your dining options. Here’s a comprehensive list of Vancouver’s restaurants to help.

Ready to check out some Vancouver communities? We don’t blame you! Here are a few of our exceptional neighborhoods, each boasting flexible floor plans, open layouts, attractive pricing and hundreds of exciting options if you build from the ground-up.

A Go-to Guide for Finding the Best Home Builder

Walk to School From These 5 Communities!