Fourth of July Traditions for Families 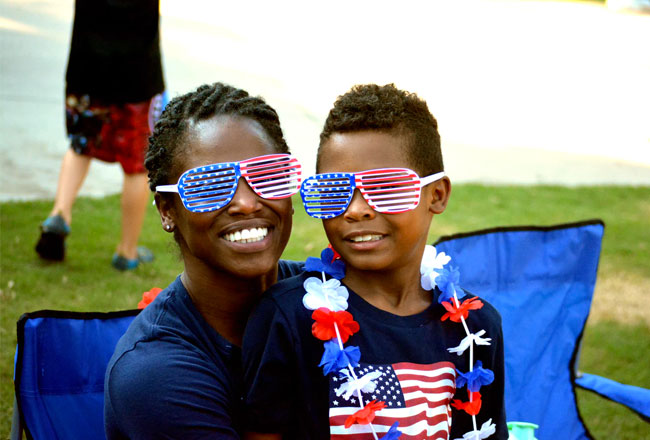 Fourth of July Traditions for Families

“It ought to be solemnized with Pomp and Parade, with Shews, Games, Sports, Guns, Bells, Bonfires, and Illuminations from one End of this Continent to the other from this Time forward forever more.” – John Adams

The Fourth of July, America’s biggest summer holiday, during which communities from coast to coast come together to celebrate our national independence and heritage. Like most families across America, your Fourth of July ritual probably involves some combination of grilled food and—as John Adams famously foretold—grand firework displays, local parades and eagle riding. OK, maybe not eagle riding, but the others are all exceptional ways of celebrating America’s birthday. Still, if you’re looking to switch it up a bit this year, consider adopting one of these Fourth of July traditions for your family.

Nearly in its fourth decade of production, PBS’s A Capitol Fourth is the nation’s longest-running Fourth of July TV extravaganza. Jam-packed with patriotic concert performances, including a yearly sendup of John Philip Sousa’s iconic orchestrations, this program offers entertainment for the whole family.

Attend a baseball game with fireworks

What’s more American than baseball? A baseball game with fireworks, of course! If you’ve got a local MLB team with a home game on or near the Fourth of July, check to see if they’re adding a fireworks display to the lineup.

There is nothing so American as our national parks. The scenery and the wildlife are native. The fundamental idea behind the parks is native. It is, in brief, that the country belongs to the people, that it is in process of making for the enrichment of the lives of all of us. The parks stand as the outward symbol of the great human principle.” – Franklin Delano Roosevelt

Teddy and FDR would agree: you’d be hard-pressed to find a better way to honor America’s natural heritage than by visiting one of its illustrious national parks. If your family would like to adopt this as one of its new Fourth of July traditions, visit NPS.gov to find a park near you.

Whatever Fourth of July traditions your family celebrates with, we wish you a safe and happy holiday. For patriotic cooking inspiration, check out our Festive Fourth of July Recipes.

Benefits of Subscribing to a Meal Kit Delivery Service

9 to 5 the Right Way; How to Fit Daily Workouts into Your Work Day

Homemade Costumes From Around The Web