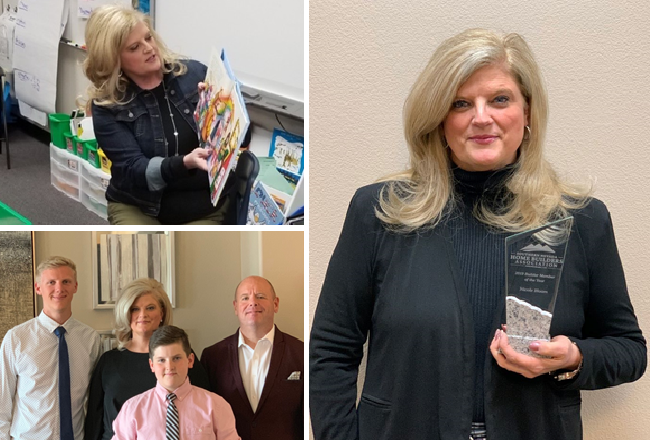 When Nicole heads into work each morning, she joins a team with extraordinary tenure. Her VP of Operations has been with the company for over 20 years. Likewise, her VP of Sales joined her team 15 years ago. Nicole herself had careers with two other builders before making her home at Richmond American at the turn of the century. Today, she’s Division President of Richmond American Homes of Nevada, Inc.

Back when the company began to grow in the 70s and 80s, building up the greater community was always top of mind for founder Larry Mizel and COO David Mandarich. Nicole is happy to carry that torch into the future. She credits the low turnover rates on her team and the impressive longevity of leadership to the culture. Respecting employees and their lives goes a long way. And creating an environment where employees can flourish is a big part of the company’s long-term goal to foster vibrant, thriving communities.

“We’re a family,” Nicole says. “My team works hard and doesn’t want to let us down.” To prove this commitment to the employee growth, Nicole hires from within whenever possible. In fact, most of her management team began as frontline employees.

The effort to build up community doesn’t stop with employee advocacy. It also filters down to the methodology behind designing Richmond American’s neighborhoods—evidenced by the company’s focus on selling to the homeowners who plan to live there, not landlords.

“We’re building neighborhoods. We want people. It’s not about churning out product to rent and flip,” Nicole says.

According to Nicole, neighborhood planning is also key. The company isn’t out to create a concrete jungle. That means designing neighborhoods with plenty of open space, parks, playgrounds, dog parks and trails, as well as working with developers that share the same mindset. It’s a project that’s personal to her. After all, she lives in a Richmond American neighborhood herself.

Nicole wants to encourage more women to pursue a career in homebuilding. She serves as Co-Chair for the Southern Nevada Professional Women in Building Council and was named 2019 Builder Member of the Year and received the 2018 Leadership Award through the Southern Nevada Home Builders Association. If you’re inspired to build your career with us, check out the opportunities in our Career Center!

3 Communities Where Clients Can Build the Robert in Las Vegas

Special Offers on Our Most Affordable Homes

Staging a Home for the Holidays – How Much is too Much?

5 Articles to Fortify Your Fall Marketing